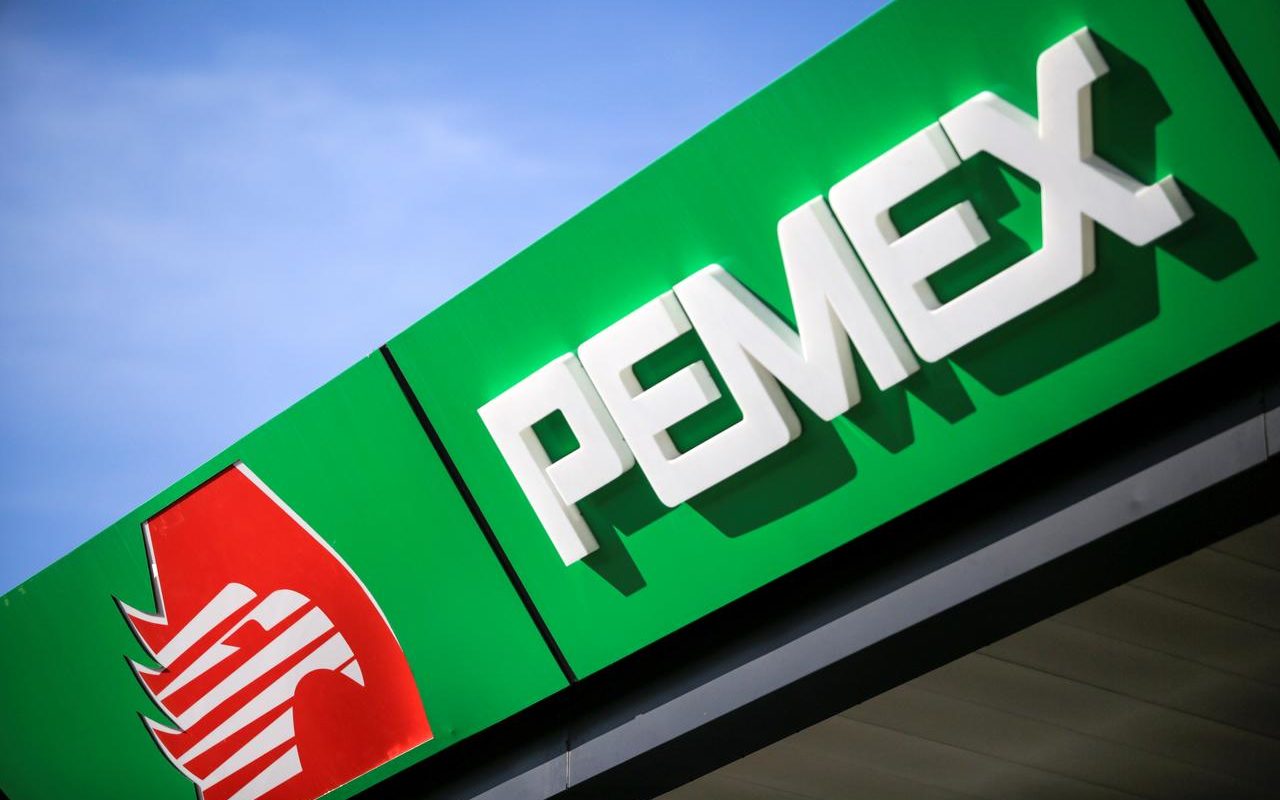 Mexico’s state-run oil giant Pemex faces a difficult outlook due to the fall in international oil prices and the crisis resulting from the coronavirus pandemic, which threatens its production and finances, in a situation analyzed during the 29th La Jolla Energy Conference, organized online by the Institute of the Americas.

While it attempts to cushion the effects of the coronavirus pandemic, the Latin American and Caribbean region also faces concerns about the future of the energy transition and state-owned oil companies.

These questions were discussed at the 29th La Jolla Energy Conference, organized by the Institute of the Americas. It was held online May 18-22, rather than bringing together more than 50 speakers at the institute’s headquarters in the coastal district of San Diego, in the U.S. state of California, in the midst of the COVID-19 pandemic.

Alfonso Blanco of Uruguay, executive secretary of the Latin American Energy Organisation (OLADE), said during a session on global trends and the regional energy industry that the changes seen during the pandemic will spread after the crisis and will be long-lasting.

“There will be structural transformations and we are convinced that most consumer behaviors will change after the pandemic. Demand will vary due to changes in the main areas of transportation and other energy areas. The effects on fossil fuel consumption will be strong and there will be a greater impact on renewable energies,” he said.

OLADE, a 27-member regional intergovernmental organization for energy coordination, estimates that electricity demand has fallen by 29 percent in Bolivia compared to 2019, as a result of the severe acute respiratory syndrome coronavirus 2 (SARS-CoV-2), which causes COVID-19, and by 26 percent in Argentina, 22 percent in Brazil and 11 percent in Chile.”There will be structural transformations and we are convinced that most consumer behaviors will change after the pandemic. Demand will vary due to changes in the main areas of transportation and other energy areas. The effects on fossil fuel consumption will be strong and there will be a greater impact on renewable energies.” — Alfonso Blanco

Likewise, final energy demand plummeted 14 percent in Brazil compared to 2019, 11 percent in both the Andean and Southern Cone regions, nine percent in Mexico, seven percent in Central America and five percent in the Caribbean.

As countries went into lockdown to curb the spread of COVID-19, electricity consumption by businesses and factories declined, due to the suspension of activities.

Leonardo Sempertegui, a legal advisor to the Organisation of Petroleum Exporting Countries (OPEC), said the pandemic may be a wake-up call for countries lagging behind in the energy transition.

“This may be the new normal. The structure and governance of the energy architecture to cope with the next phase are changing dramatically. Energy poverty and the energy transition cannot be solved regardless of who controls a resource; these challenges cannot wait,” he said in the same session.

In Latin America, nations like Argentina, Bolivia, the Dominican Republic, Ecuador, Honduras and Uruguay have made progress in the energy transition since 2015, while Brazil has slid backwards and countries like Mexico are stuck in the same place, according to the World Economic Forum’s Energy Transition Index, released May 13.

As the region heads into the fourth month of the pandemic, countries are assessing their electricity markets, which have been shaken by the crisis.

Nations like Argentina, Chile, Colombia and Peru have resorted to long-term electricity auctions, which have generated low prices for renewables, while Mexico suspended such schemes in 2019.

In Argentina, as Andrés Chambouleyron, a non-resident fellow at the Institute of the Americas, explained, industrial consumption fell by 50 percent and electricity distributors have not been able to obtain sufficient revenues to cover fixed costs or electricity purchases.

The government has thus provided financing to Cammesa – the electricity wholesale market administration company – to pay the generators since it is bound by contracts to buy the energy.

“There will be a permanent change in electricity consumption in Argentina. We have cheaper gas than before; the models say that you have to use more gas because it is cheaper than other sources. We won’t see much change in Argentina’s energy mix, and that could extend to all of Latin America,” said Chambouleyron, who warned of breach of and renegotiation of contracts for energy purchases.

Low oil prices threaten to slow down the energy transition in Latin America, although renewable energies already compete with the costs of fossil fuels, agreed experts at the 29th La Jolla Energy Conference, organized online by the Institute of the Americas. The photo shows solar panels on a house in Ajijic, in the western Mexican state of Jalisco.

While renewables are already competing in price with conventional sources, low oil and gas prices undermine their expansion, a predicament that alternative energy sources have been facing in recent years.

In addition, the rise in the cost of international credit and the fluctuations of the dollar against local currencies may make generation more expensive.

In another session on the outlook for state-owned oil companies, Marta Jara, former president of Uruguay’s public oil company ANCAP, said the current crisis could accelerate the transition, but called it a “major challenge”.

“The temptation is to be opportunistic and forget the roadmap of the energy transition. We must invest in sustainable energy systems, decarbonize transport. It is important to secure funding and create jobs. I hope the crisis opens the door to be more innovative,” she said.

The plunge in fossil fuel prices is damaging the finances of the region’s oil-producing countries, such as Argentina, Bolivia, Brazil, Colombia, Ecuador, Mexico, Peru and Venezuela, and state companies in the sector are facing problems with regard to planning and operations.

But it benefits net importers, like the countries of Central America or Chile, whose oil bills have shrunk, while for consumers in both oil-producing and importing countries the cost of electricity could go down.

“The most competitive will be the countries with lower oil extraction costs. Some projects will not be economically viable. We will see greater economic problems than in 2019,” predicted Lisa Viscidi, director of the Energy, Climate Change and Extractive Industries Programme at the non-governmental Inter-American Dialogue, during a panel on the situation in several Caribbean nations.

The pandemic and a rise in Saudi production announced on Mar. 10 led to a collapse in oil prices and the consequent risk of bankruptcies in the industry. State-owned oil companies have fared better than others so far in the crisis.

In another session on the outlook for state-owned oil companies, John Padilla, managing director of the private consulting firm IPD Latin America, stated that “it will take time to get out of this situation, with effects for the region, and the need for great efficiency.

“Most nations have been exporters, efficiency will be the key. What has not been done is to cultivate domestic and regional markets, state enterprises are not going to play the same role as they always have,” he said.

Public companies such as Brazil’s Petrobras and Colombia’s Ecopetrol entered the crisis in a better position than Mexico’s Pemex, Venezuela’s PDVSA and Argentina’s YPF, according to experts.

“These are difficult times, even for the best prepared. We can hope that if the country and its company are in trouble if governments need money, they can get more out of the companies,” said Francisco Monaldi, interim director of the Baker Institute for Public Policy’s Latin America Initiative at the private Rice University in the U.S. state of Texas.

In his view, “Mexico is in better fiscal conditions, it should not be a problem. But Pemex can drag Mexico down. If the government doesn’t change direction, it could become a serious problem,” he said as an example.

For Lucas Aristizábal, a senior director in Fitch Ratings’ Latin American corporates group, some state-owned oil companies are viable and others are not.

“In 2021, the financial contribution of oil will be lower for governments. If they want the companies to play a key role, they will put more pressure on their financial structure. The current situation illustrates the economics of these corporations,” he said during the forum.

Pemex and YPF were already losing money per barrel in 2019, while Petrobras has more balanced production costs.

On the oil horizon, and in the midst of the COVID-19 crisis, Guyana has become the rising star, although there is still political uncertainty, as the result of the Mar. 2 presidential elections is still unclear.

“It’s hard to predict what will happen. There is a risk of U.S. sanctions that would not affect investment in the sector, but would pose a political risk to the country,” said Thomas Singh, in the Department of Economics at the public University of Guyana.

The country expects to extract 600,000 barrels per day by 2024 and take in revenues of five billion dollars, with reserves exceeding five billion barrels. 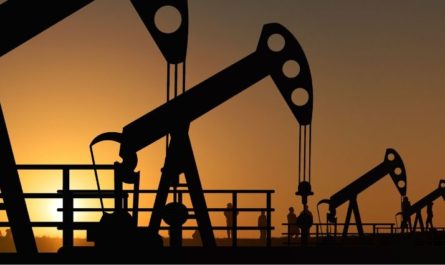